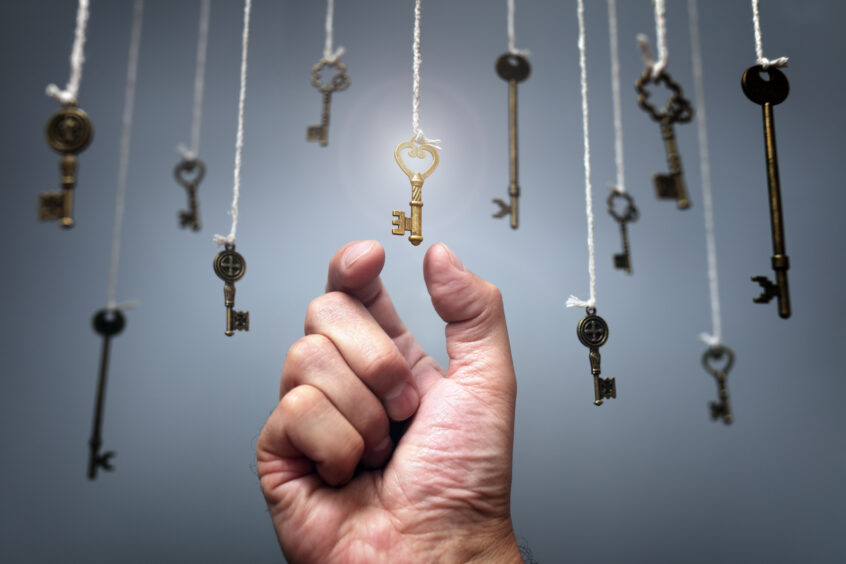 One of the biggest challenges that a sales person faces is reaching the right decision makers within the companies they are prospecting.  It is often times very easy to set appointments with low level, non-decision makers within organizations; so we set those appointments because it feels productive, without asking ourselves if the person we’re meeting with is “decision-maker or not decision-maker”.

Often, these people represent themselves as a decision maker, when in actuality they are not much more than an influencer…but not authorized to sign on the bottom line or approve a budget.  This creates countless wasted hours of effort by dealing with the wrong person within the organization, and what we thought was productive is really completely counterproductive.

I will never forget the moment I learned this lesson.  I was selling telephone systems back in 1986 and I was told by my contact (who told me that she was the decision maker) within a rather large firm that they had decided to go with my system.  I was thrilled.  I was going to earn a $4000 commission, which at the time was rather significant to me. So what did I do? What would you do?  I went out and purchased my first new car…a 1987 Toyota Corolla.  Two weeks later I got a call from that same woman and she informed me that the President of the company had a contact over at AT&T and that HE decided that he was going to buy their system.  I couldn’t believe my ears.  She had told me that she was the decision maker.  She told me that I had the deal!  I had already spent my unearned commission. What did I do? What would you do?  I went home and ate a half of a gallon of ice cream in one sitting…and then I borrowed $4000 from my father.  It was at that point that I made sure that I got as high up in the organization as I could and probed enough to uncover all of the decision makers and influencers.  I also learned that it is not a deal until you have the check in hand and commitment letter signed.

If for some reason you are not at the decision maker level you can do what I call an analysis or probing session with the “users” where you can uncover hot buttons, pain points or areas that you can help them out with your product or service.  Then you can set up a follow-up appointment with the decision maker(s) to present solutions.  Back in 1989 I was out with my sales training manager (STM) at ADP, we were meeting with “Betty the bookkeeper” when she asked for pricing, my STM interjected and told Betty that it was company policy that we could only present pricing to the owner (DM).  I was furious with my STM – how could he not answer her questions and put her off like that?  I couldn’t understand why he just wasn’t going to give her the information to pass on to her boss.  What my STM got me to realize was that if we presented to her she was unable to make a “yes” decision but could easily make a “no” decision.  In addition, there is a good chance that we would have never gotten to the decision maker.  Sure enough, we came back and presented to the owner and we got the business.

What lessons did I learn through these experiences?

Once I learned these lessons and stopped wasting my time my sales increased significantly.

Interested in finding out more about how we can help you maximize your productivity and results? Click here to request a consultation with Business Development University, and have a look at our Facebook page for updates and other helpful sales tips!